I was recently invited to join a monthly card swap group on Facebook.

I don't usually join a lot of swap groups as there are too many swaps in a short spacce of time, But this lovely group only requires you to make one card to swap in a month, so I thought even I can cope with that!

The theme of July's card swap was a "male themed waterfall card". I do sometimes struggle a bit with male cards but I thought I'd give it a go.

I watched a lot of very useful videos tutorials on YouTube and after making a practise card, I decided to adapt the idea a little and turn my card into a mini album using what is called a "hidden waterfall".

The pictures below are what I came up with, and I was a little nervous as it was my first swap in the group and I was worried my recipient (the lovely Sue Ralph) wouldn't like it. But I need not have fretted as Sue loved it so much she actually videoed it.

I've never had one of my creations videoed before, so a huge thank you to Sue for taking the extra time to do that and and for the lovely comments you made. xx 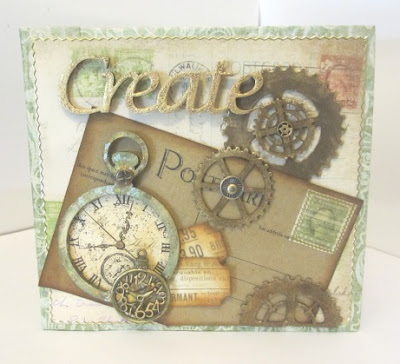 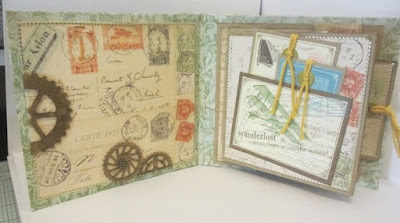 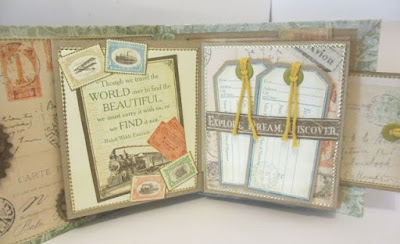 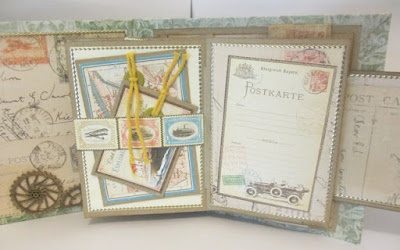 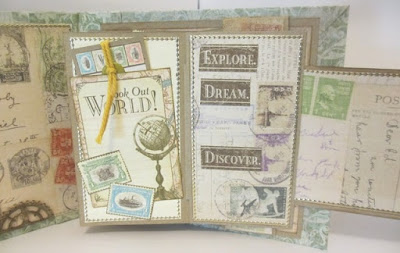