About a year ago I attended a Christmas Bauble making class taught by the totally amazing Kathryn Rudd at Crafter's Companion in Evesham. I enjoyed the class so much that I recently attended it again! Having been inspired by Kathryn once again. I have had a wonderful weekend creating a set of 6 baubles. The fabric I used is from the Moda Morris Holiday fabric range, based on William Morris fabric designs that are in the V&A museum in London. I absolutely loved making these. Thank you again Kathryn Rudd for patiently and expertly teaching me how to make these. xx 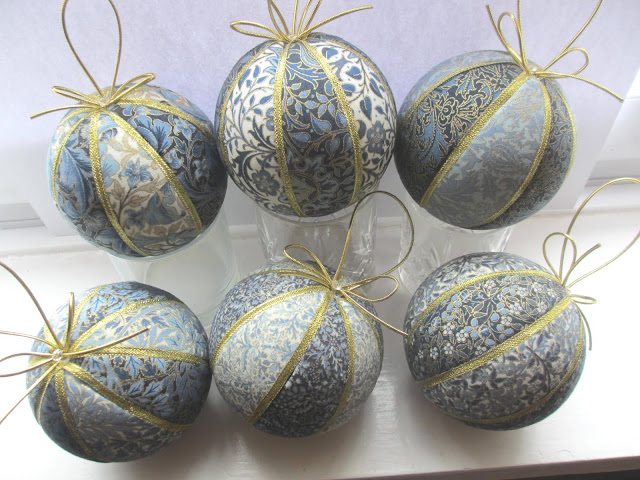 Yes ... I am back, after almost a year of not blogging at all. I have been crafting but life has been so hectic I just did not have time to blog. Lots has happened over the past twelve months but the highlight has to be that as of September 2018 I was invited onto the Crafters Companion Design Team. I still cant believe that I was actually chosen and will admit it was a real buzz to see some of my DT samples being shown off on the television, on Hochanda in the UK and on HSN in the US. This week I sent off my 3rd lot of samples and I have to say that they are my favorite ones so far. I cant't share the photos of what I made just yet but I am convinced that the new items are going to be hot sellers.

Anyway as I said I am back with a blog post and a tutorial on how to make a Teepee card. It is very simple to create but looks very impressive on the mantelpiece.

You will need 3 pieces of square cardstock to form the base card. You can use any size square, but the one pictured below was made using 3 pieces of 6 x 6 white cardstock. I also used 2 pieces of 6 x 6 paper from the "A winter's Tale" Signature Collection by Sara Davies. which I trimmed down to 5.75 inches square. 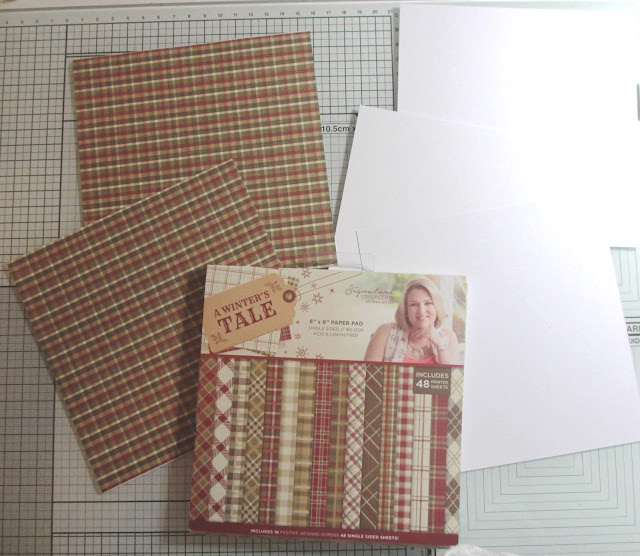 Take the three pieces of white card stock and score a line from one corner to the other. I used the fabulous Crafters Companion Guillotine/Cutting Board that has an integrated score board built into it, to score my card stock. 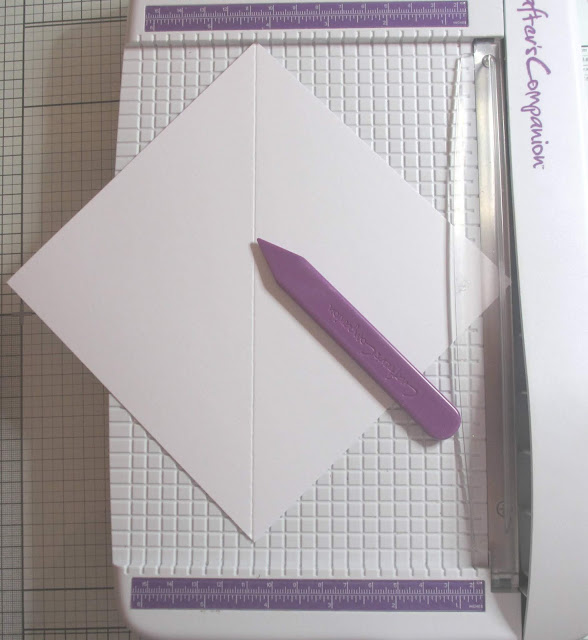 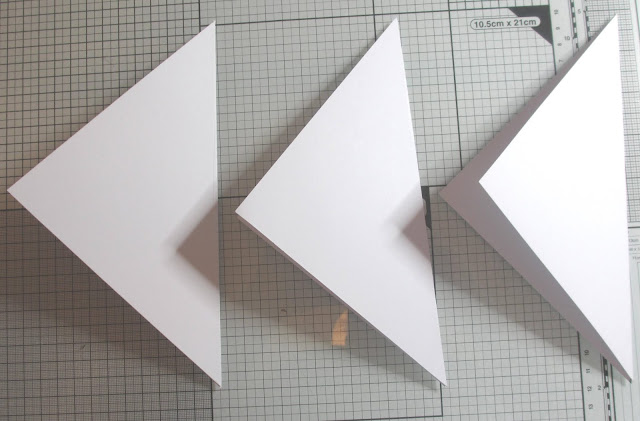 Take two pieces of card stock and stick them together, using a wet glue or a strong tape runner as shown in the picture below, 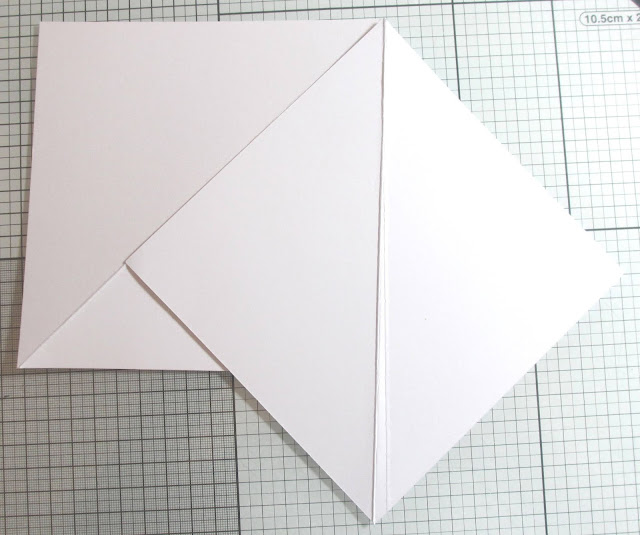 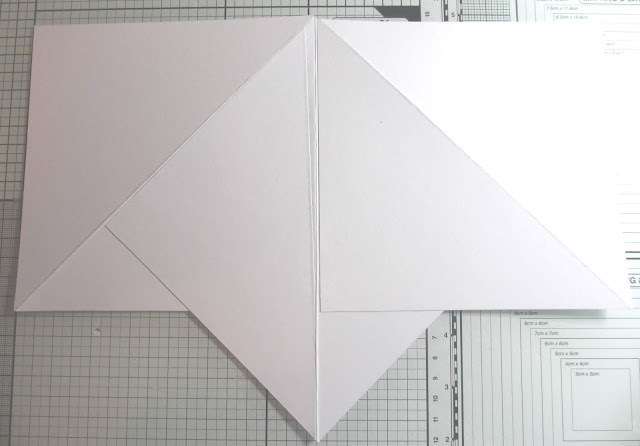 Take your patterned paper and cut each piece in two from corner to corner. You will only need three of the four pieces you end up with. 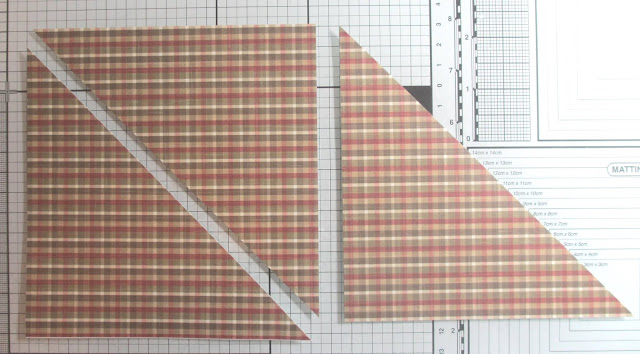 Stick the paper to the card stock as shown, again with either a wet glue or a strong tape runner 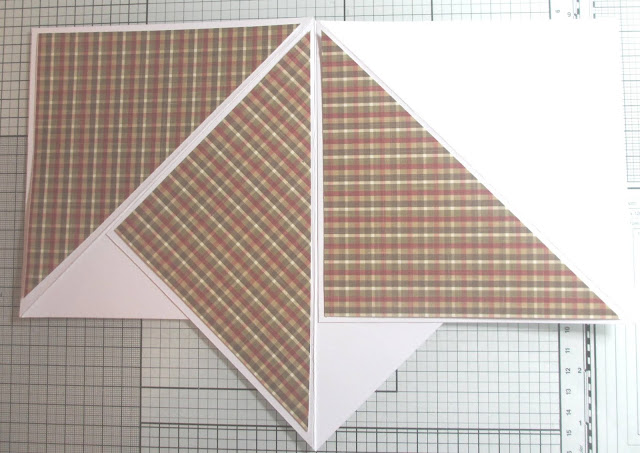 Pick up the card base and stick the none decorated side to the underside of the triangle next to it, to form a pyramid or teepee shape, as show below. The card base should stand up very easily.
If you wish to be able to post your card flat, then use a velcro dot to stick the two sides together and pop a little note in with the card so that the recipient knows how to put ot together. 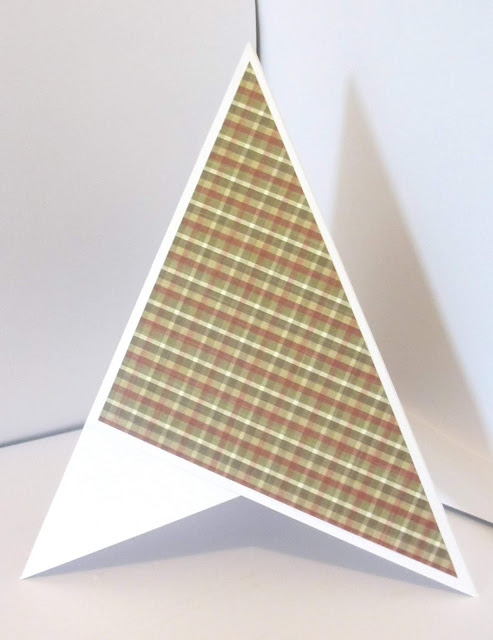 Decorate your card how ever you wish. On mine I cut a sentiment fromgold mirror card using aed a Merry Christmas die from Crafters Companion, which was mounted onto a couple of die cut oval shapes 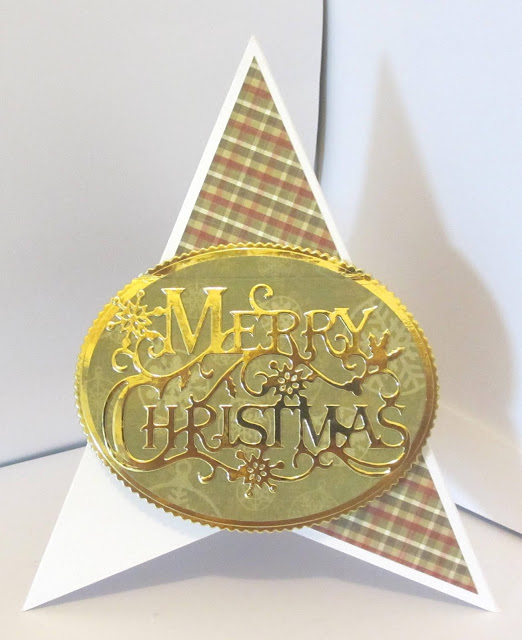 I used the same ovals to create a space to write a personal message underneath the sentiment, but if you wanted to you could leave one side of the card blank to write your message on. 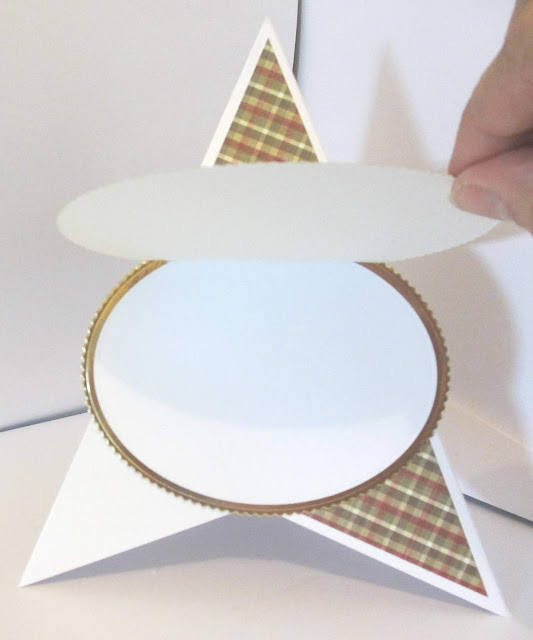 I then added a few gems and a ribbon bow 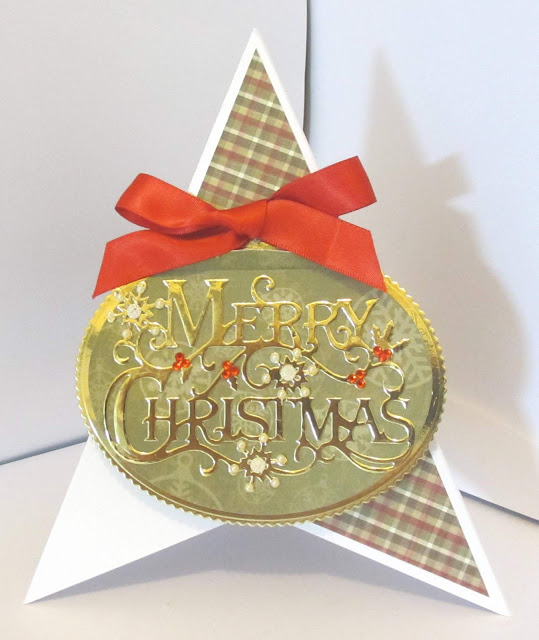 Hope you enjoy the tutorial, as always if you have any questions please do not hesitate to leave them in the comments box.