This week I received a bumper selection of new products from Stix 2: die cut flowers, sparkly acetate sheets, double sided adhesive sheets, glue sticks, glue dots, iridescent glitter and a fab pen storage bag (to list but a few)
I used the die cut flowers, foils, sparkly acetate sheets and a selection of adhesives to make the arrangement shown below. The flower die cuts were covered in the new range of funky Stix 2 foils. The centres of the flowers were made with my (pink) Stix 2 glue gun, which once cooled were coloured with mica powders and attached to the flowers with Stix 2 glue dots. I used the sparkly adhesive acetate sheet to make extra petals and also covered a piece of black card in it, to disguise the jar the flowers are sitting in. 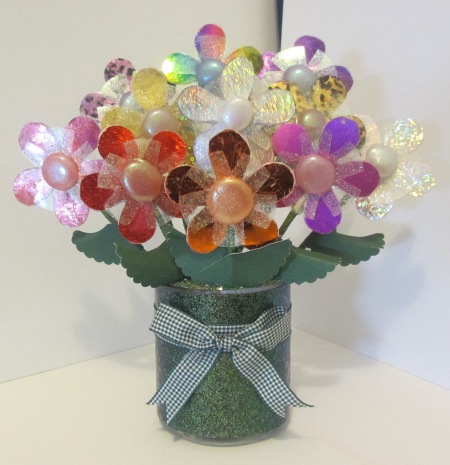 These roses were made using 3 of the Stix 2 flower die cuts (for each rose) and cutting and rolling the petals into shape. The edges of the petals were lightly covered in tacky glue and then dipped into the iridescent glitter to add a touch of sparkle. The foliage was die cut using a Memory Box die. 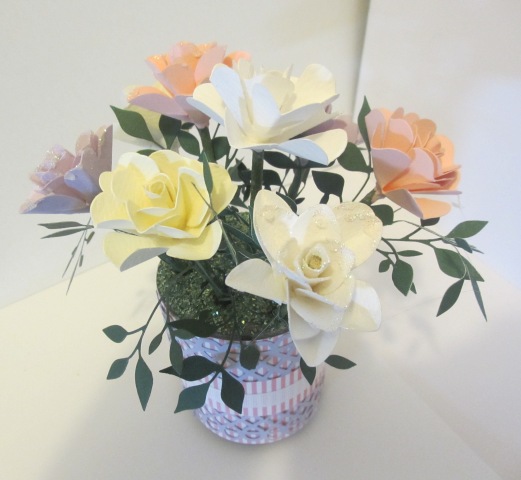 This arangement is my favorites as it is so cheery. The flower die cuts were coloured with Promarkers and then just folded and glued into the shape of daffodils and narsicus. I used some of the sparkly adhesive acetate on the orange petals of the narsisus and a touch of orange stickles in the centres. On all of the arrangements I used fresh green crushed glass glitter from Stampendous to disguise the grey florists foam that the flowers were pushed into to keep them in place. 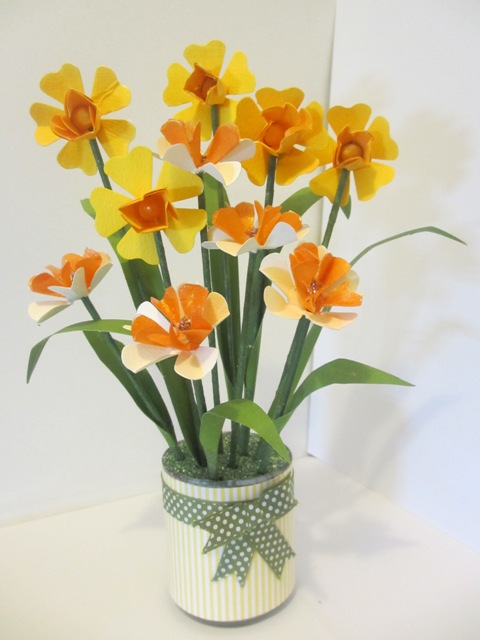 Hope you like them as much as me. Happy Crafting xx
Posted by Dots Dashes Doodles & Dreams at 02:21

Email ThisBlogThis!Share to TwitterShare to FacebookShare to Pinterest
Labels: Stix 2